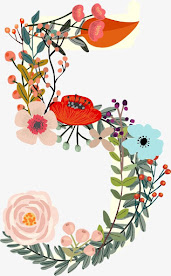 think most would agree that 2020 was a huge year on a global scale.  In numerology it was a Universal 4 year.  The four in numerology is a very practical number.  It’s all about hard work and setting up foundations for the future.  As the pandemic became prevalent worldwide, stable and practical systems were put into place.  As a four represents consolidation and stability, these foundations will see us well into the future.  The four energy is also known for being monotonous and routine, which many of us felt at some level during lockdown.

In 2021, we can expect something different as we enter a Universal 5 Year.  The five energy is all about freedom and independence.  It does not like to be restrained.  While the four seeks practicality and stability, the five wants to explore new territories.

So what does this mean for us?  The energy of the five is dynamic and restless so expect a year of change.  Surprises are in store as routine is broken.  With the urge to shake free from restrictions, many new initiatives will be put into place.  Some may work, some may not but it’s a time when risks need to be taken as exploration will bring opportunities.

The vibration of the five urges us to expand our boundaries, so expect changes in areas relating to travel, movement and exploration. Humanitarian issues will also be highlighted, with concern for the freedom and welfare of others.  Five is an eccentric number so expect the unusual.  It may seem like a year of organised chaos but this needs to happen in order for boundaries to be broken.

This will be a year of expansion so if any new projects are going to get off the ground, this is the year for it to happen. It is also a great year to take reasonable risks for any new projects.

Keep in mind that the Universal year applies to humanity as a whole.  In order to determine your full chart you need to consider your personal year number in conjunction with these influences.

Posted by Shelley Hall at 4:22 PM No comments: